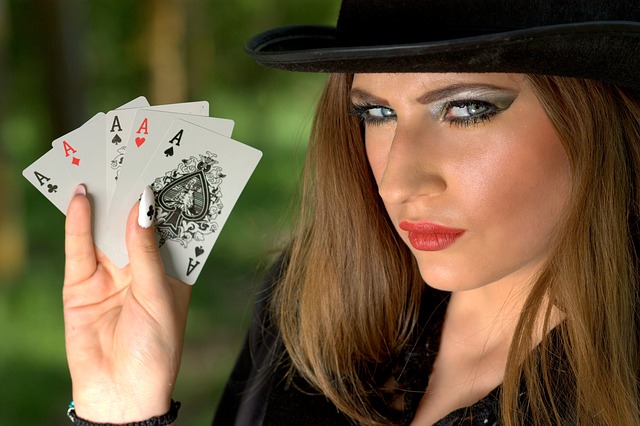 Even if one of the most common strategies, the bluff is certainly one of the most thoughtful, evolved and complicated actions you can make in poker too. The basic concept is simple, you must stage a well-orchestrated plan in which your cards must appear different from what they really are and you must be very good in doing that since your opponents must believe it.

Everyone knows that to win at poker you are supposed to bluff at some point. Making someone fold a better hand is a necessary goal and there is no long term strategy in poker that can disregard the right handling of this aspect. Poker after all is a wise mix of reality and deception. In a bluff, like an illusionist, you must design a reasoning to fit your will and then believe your own lies and forge them into a truth, until the reality lies before the defeated eyes of your opponents. This is the fine art of the game, its true spirit.

But let’s start with some basics facts about the bluff. There exist two main types of it – the pure bluff and the semi-bluff. The first one is pure magic. There is just tiny air in your hand, no chances of winning at any stage of the game. There is only one opportunity to win the pot: your opponent must fold. The latter is a more subtle kind of illusion based on the reality of a speculative hand and unlike the pure bluff you can either win if your opponent folds or if you hit your hand at some point of the game. Semi-bluffs are actually extremely popular in poker. Think about when you have a 4-card flush or straight on the flop. For the semi-bluff your hole cards are very important, and you must manage your bets properly.

Position is a key factor in any kind of bluff. You can certainly bluff from early positions, but it’s definitely more effective to restrain yourself until you hold position on your target. A bluff exploited from a late position is always more frightening, because your opponent knows that if he calls, then he will have to make his action first on the later streets, something which will make his play definitely more fragile.

If you are doing a pure bluff from an early position, you are doing a “probing bet”. These are blind bets as you know little or nothing about the hands of your opponents. If your main goal is to steal the blinds, sometimes probing bets offer a decent success rate in doing that.

Late positions are very fruitful in the “floating” strategy instead, that happens when you follow closely the actions of your opponent like calling with a trash hand the classic continuation bet on the flop just to see whether or not the other player shows weakness on later streets and then, if he does, hit to kill. Many times continuation bets are nothing more than pure bluffs or at least semi-bluffs themselves. Thus all becomes nothing more than beating a bluff with another one. Do you think the odds are good that the flop missed your opponent? Then call and see what he does on the turn. Does he bet again? Does he check and show weakness? Then it’s time to take advantage of this weakness and bluff. But be careful, this is a mind game, a deception inside a deception, covering another deception. He might check only to make you bet and then raise. A whole new plan, a whole new illusion is on the stage.